On a comparable basis in 1HFY19, recognising the changes from the Goods and Services Tax (“GST”) to a Sales and Services Tax (“SST”) regime, the Group’s organic revenue grew by 13.1% whilst organic net profit grew by 9.1%, when excluding the RM4.7 million one-off income from its share of the final insurance compensation of its associate company Lion Brewery (Ceylon) PLC (“LBCP”) in Q1FY18 related to the 2016 flooding of the brewery in Sri Lanka.

For the quarter ended 30 June 2019 (“Q2FY19”), the Group’s net profit grew by 2.1% to RM65.3 million, while revenue increased by 15.7% to RM480.5 million. The organic revenue for Q2FY19 grew by 11.2%, excluding the impact from SST.
This 6th consecutive quarter-on-quarter growth in top and bottom line was mainly contributed by higher sales in both Malaysia and Singapore.

The organic revenue growth for 1HFY19 and Q2FY19 were 15.7% and 15.4% respectively, if excluding the SST impacts. The solid performance was driven by higher sales across all major product segments fuelled by continuous marketing investments on consumer-facing activities.

Managing Director Ted Akiskalos said: “We are pleased to continue delivering growth in top and bottom line across Malaysia and Singapore. Our consistent focus on product innovation and quality execution, supported by targeted investments, boosted the growth of our mainstream brands Carlsberg and Carlsberg Smooth Draught as well as premium brands Kronenbourg 1664 Blanc, Somersby cider, Connor’s Stout Porter and Asahi.

“We are investing in the launch of the new Danish-inspired identity for our flagship brand Carlsberg, applied across products, packaging, visibilities and amenities in Malaysia and Singapore. In its progressive pursuit of Just Keeps Getting Better, Carlsberg pilsner now delivers practical improvements that sees a new Fresh Cap on its bottles, its same great brew served in premium-looking stem glasses, and 320ml cans that come in Easy-to-Open packs,” Akiskalos commented.

“Building on the overwhelming response of Carlsberg Red Barley, we have imported additional cartons of the limited-edition brew into Malaysia to celebrate the new season of the Premier League with local Liverpool FC fans in September. Consumers can also expect consumer promotions by our premium brands Kronenbourg 1664 Blanc and Connor’s Stout Porter in the coming months,” he added.

“Outlook for the second half of the year is challenging in anticipation of softer market. We are confident that our focus in executing the SAIL’22 strategy will enable us to continue delivering growth,” he explained.

The Group is hopeful that the Government will not impose any further increase on excise duties in the upcoming Federal Budget announcement on 11th October 2019 as any increase will lead to an influx of contraband beers and losses to government tax revenue. 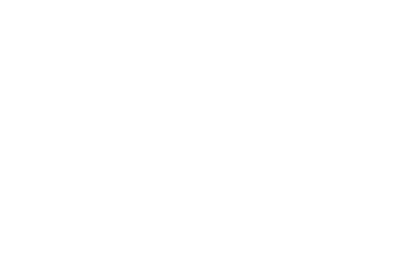