The Carlsberg Group has set a bold vision for a society without irresponsible drinking. By 2030, it aims to see a continuous reduction of key responsible drinking statistics in all of its markets in support of the World Health Organisation’s (WHO) objective to reduce harmful use of alcohol, as well as the UN Sustainable Development Goal 3 to ensure healthy lives and promote well-being for all ages.

Our ZERO Irresponsible Drinking ambition is crucial as it sends a clear signal to consumers, encouraging responsible and moderate consumption. In the same way our beers, stouts and ciders are brewed with pride, we want consumers to enjoy our products in appreciation of good taste, quality and natural ingredients as opposed to the intoxicating effects of overconsumption.

For the Carlsberg Malaysia Group, we have identified drink-driving as the key issue most prevalent and relevant to our market, as irresponsibility and indifference remain the key reasons behind the still-high rate of drink-related road accidents, both fatal and otherwise.

Our approach consists of enabling, informing and encouraging responsible choices.

As a category, beer itself is a low-alcohol choice for responsible enjoyment. Consumers are also increasingly seeking low-and zero-alcohol options for a growing variety of occasions. Our target remains to provide quality alcohol-free brews (AFBs) as part of our portfolio by 2022 that will give additional choices, whether consumers enjoy our brews in pubs, bistros and restaurants or at home by themselves or in the company of friends.

All our packaging and online platforms contain responsible drinking messages. In addition, we also collaborate with relevant stakeholders for targeted interventions, whether it is at point-of-sale, during consumption or across all our marketing communications.

In Malaysia, we have always prioritised the eradication of drink-driving. As such we fully support the government’s efforts to reduce its prevalence, including the passing of stricter laws, as it is aligned with our own ambitions and stance on this all-important issue.

Whilst we are unable to ultimately control how, when and to what extent people consume our products, we remain cognisant of the important and influential role we play in the sales and marketing of our brands to both customers and consumers.

#CelebrateResponsibly is our annual campaign advocating responsible consumption, which continued for the 6th consecutive year in 2020 in conjunction with Global Be(er) Responsible Day (GBRD), a worldwide initiative among major brewers to promote the responsible enjoyment of beer.

In light of the alarming rise in high-profile cases of drink driving which resulted in several fatalities, we distilled our key message into a simple, singular one: if you drink, don’t drive.

With a simple message, this year’s campaign underscored the risk that one drink may be one too many, in that different individuals can react to alcohol’s effects in various ways, and that the best way to eliminate this risk completely is by changing consumer behaviour from the very start – by making responsible choices even before the first sip.

We partnered with two major news dailies, Sin Chew Daily and The Star, to reach their English and Chinese-speaking readers respectively through print and digital communications. Through articles, infographics and short videos, we drove awareness and education of the new penalties, facts and myths on driving under the influence of alcohol, and advocated ride-sharing and chauffeur services in lieu of self-driving, with a total digital reach to over 4.5 million viewers.

The campaign was jointly launched with Transport Minister Datuk Seri Dr Wee Ka Siong, the key figure in national administration spearheading the introduction of the new laws, alongside the Malaysian Institute of Road Safety Research (MIROS).

For consumers, the ultimate incentive for behavioural change was the offer of subsidised and discounted rides to change mindsets and behaviour on drinking and driving, encouraging them to plan ahead before a night out drinking.

More than 5,000 discounted rides were offered from existing e-hailing campaign partners Grab and Riding Pink worth RM10 this year, and we also partnered with three new providers – e-hailing service SOCAR+, and chauffeur-on-call companies Lailah and DriveSafe – that each offered a 10% discount on fares throughout the campaign period at more than 1,800 of our affiliated bars, bistros and restaurants around the country.

The campaign, which ran from mid- September until the end of November was our biggest yet with all 5,000 subsidised rides from Grab redeemed, a total of five ride-sharing/e-hailing partners including three new ones for the year, more than 75,000 point-of-sale tent cards distributed to our nationwide ontrade customers, and partnerships with two major media houses for maximum awareness, education and behavioural change. 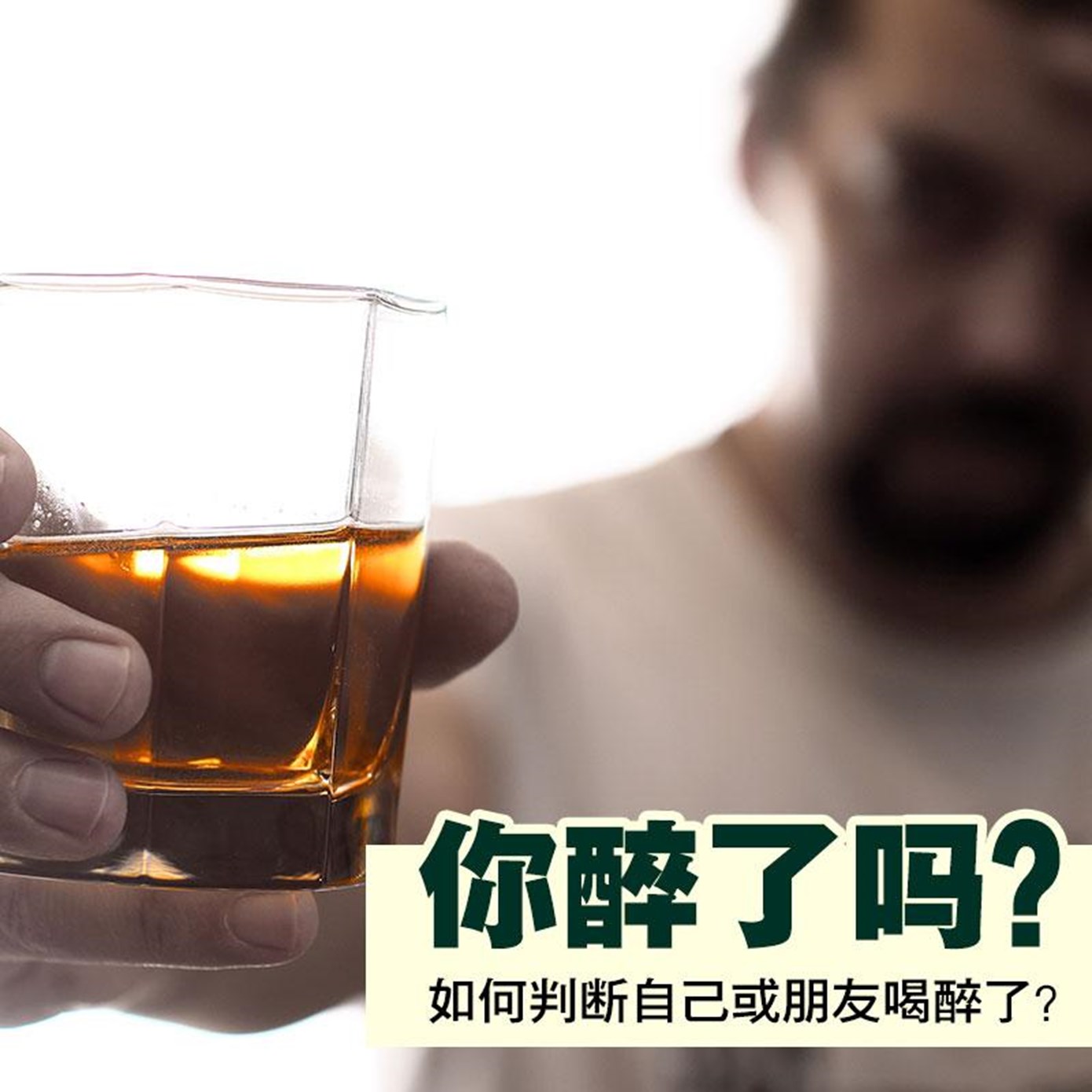 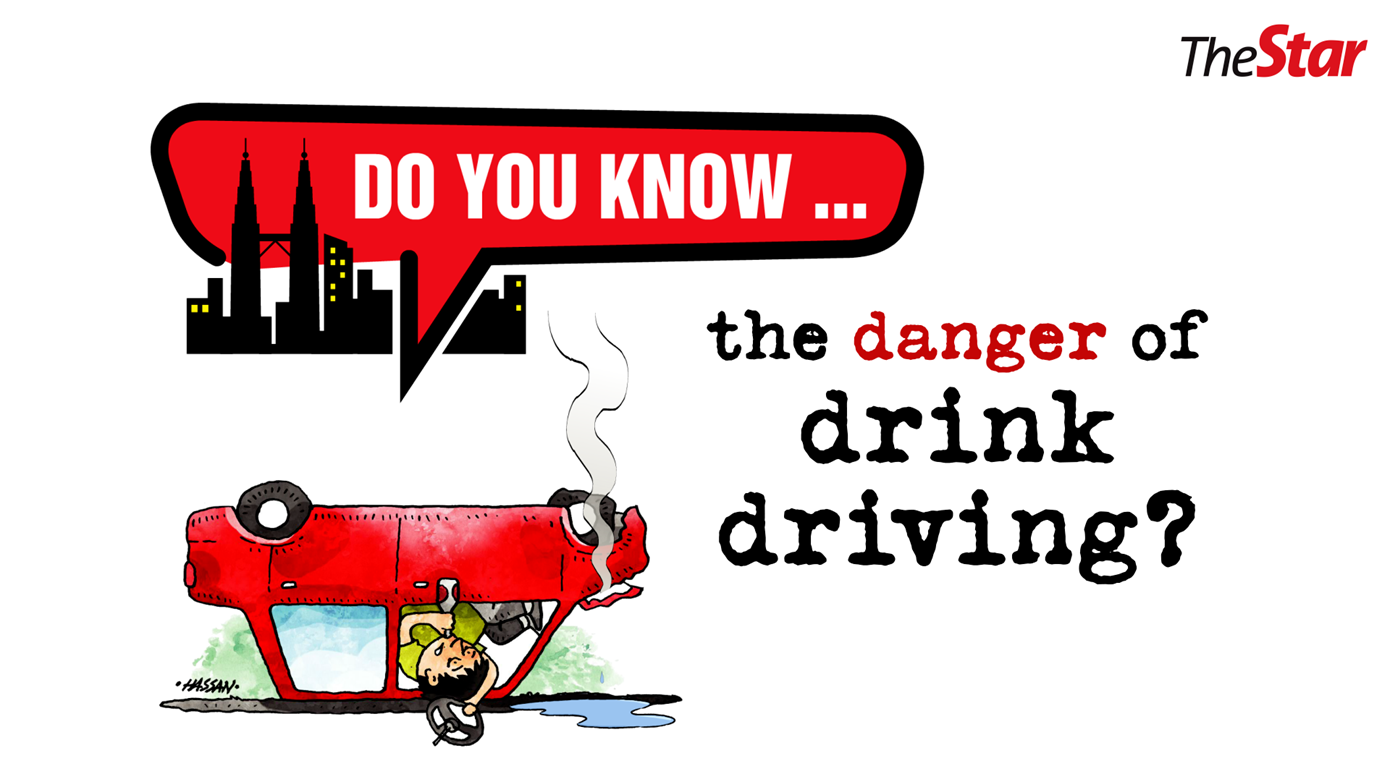 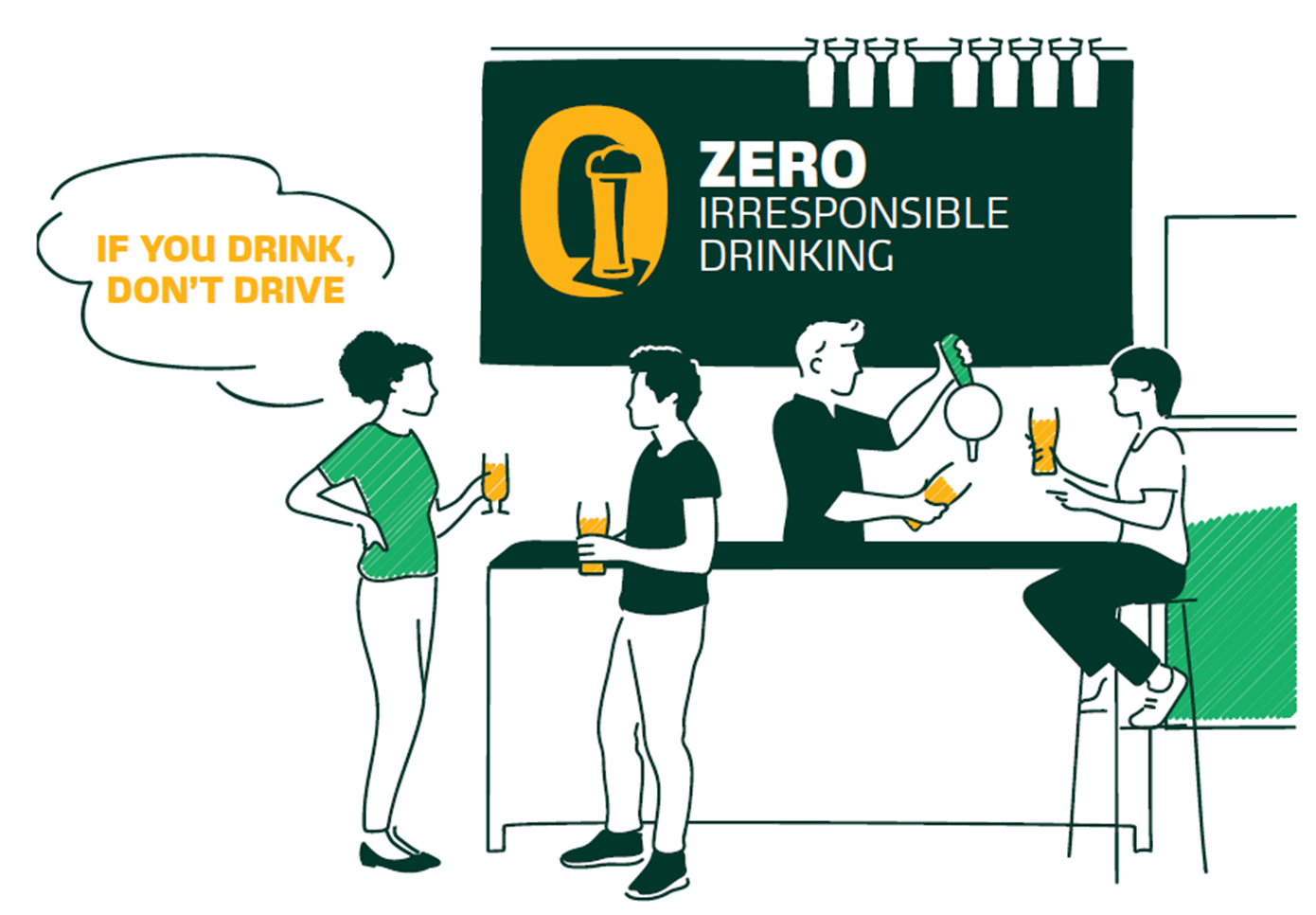 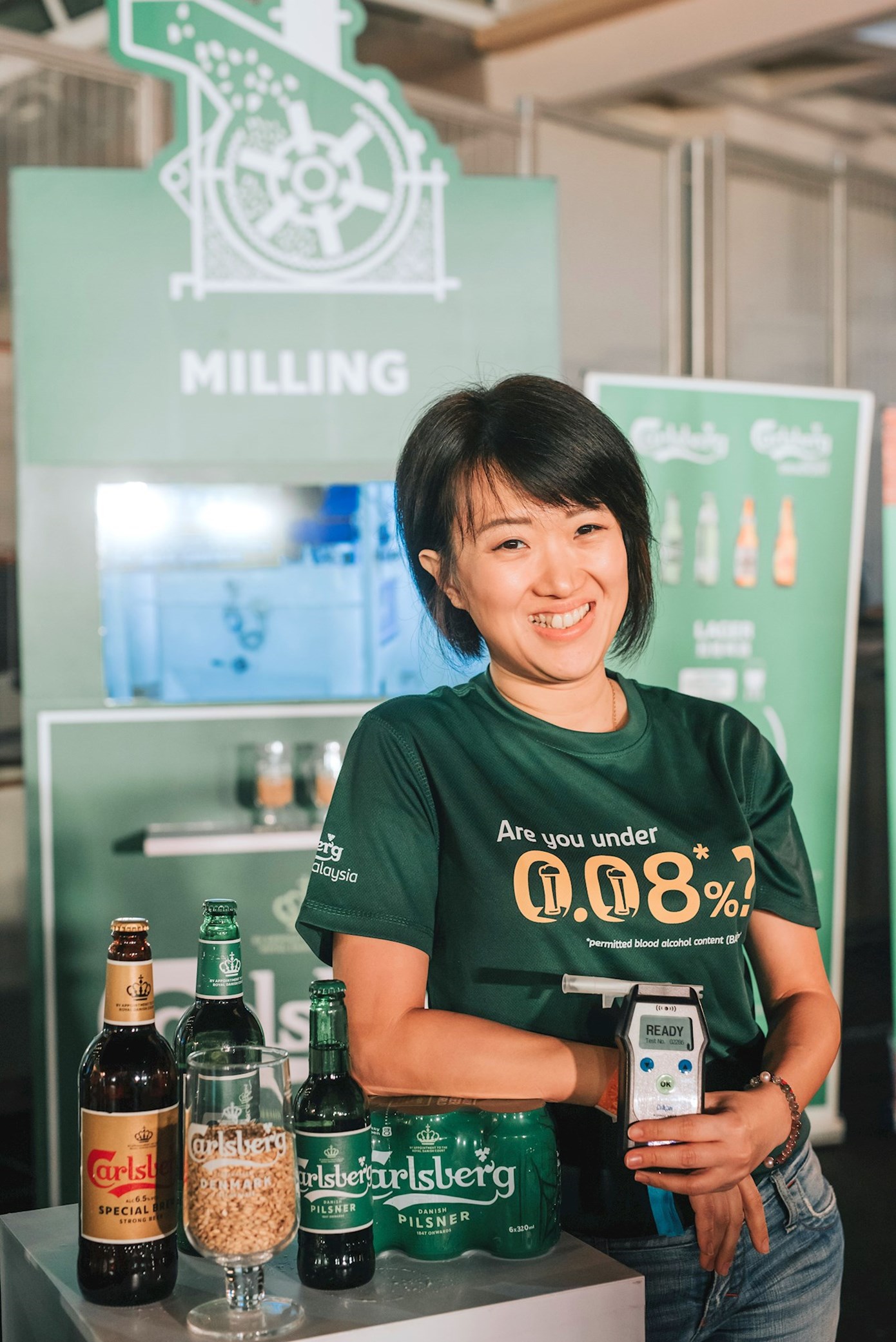 Pearl Lai, Corp Comm & CSR Director: “Through consumer engagement in previous #CelebrateResponsibly activations, more than half surveyed were unaware of the legal blood alcohol content (BAC) limit in Malaysia of 0.08%, which if exceeded can lead to serious legal and life-threatening consequences of driving while drunk. At Carlsberg, our beers, stouts and ciders stand at the heart of special occasions that bring people together, but we also firmly advocate responsible consumption to keep celebrations full of cheer and not regret.” 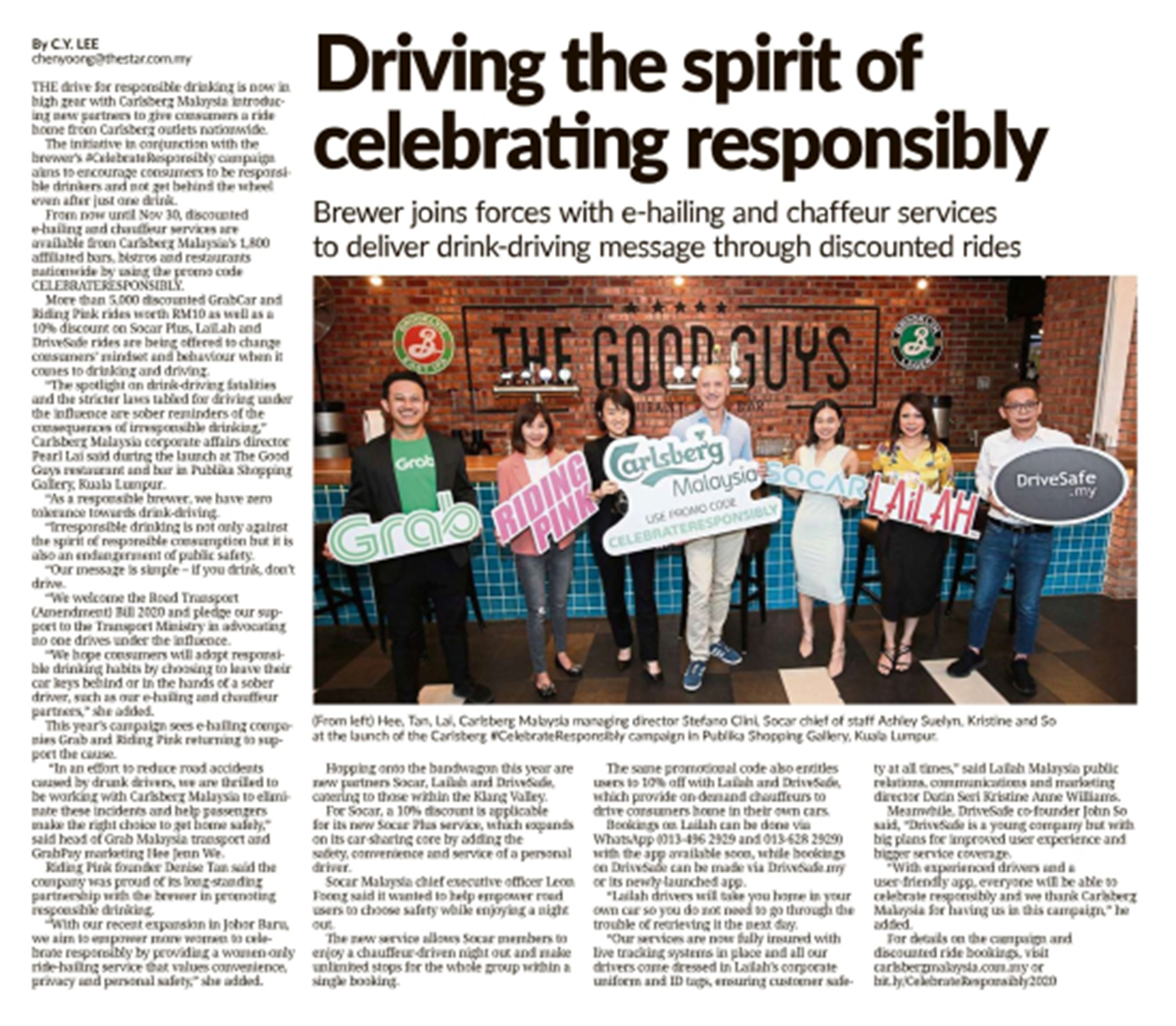 Carlsberg Malaysia Group practices strict consequence management and a zero-tolerance policy towards excessive alcohol consumption. Conviction of drink-driving of any employee, regardless of whether an accident occurred, leads to immediate dismissal. At no point are our employees required or obliged to consume alcohol excessively during the course of their work.

We installed dashcams in all our company vehicles at the start of 2020. The rear-facing camera is mounted internally, and drivers are mandated to use their company-provided breathalyser and show the results to the camera as a record before starting every drive, in case of an accident or for random security checks. This has proven effective in accident investigations as a proof of sobriety before operating the vehicle while also acting as a psychological deterrent for no drinking and driving.

All customer and consumer-facing employees, such as our sales and marketing colleagues, are equipped with breathalysers to use following market visits or work-related occasions where they may consume alcoholic beverages. Employees are strongly encouraged to make alternative arrangements such as taxis or e-hailing services which can be reimbursed.

We are glad to report that no drink-driving incidents were recorded in 2020.

Apart from government-mandated labelling on primary packaging, we continued to drive responsible drinking reminders in new and visible ways. #CelebrateResponsibly, the collective name of our efforts to promote responsible consumption, appear in the primary packaging of our products in Malaysia and Singapore, our ads and point-of-sale materials such as banners, buntings, posters and counter-top standees, as well as our marketing communications materials. We intend to increase total visibility to 100% by 2024 via primary packaging and online presence.

Public access to our consumer promotions and activities and our trade and media partners, including our marketing activations, website and social media assets, is also limited to non-Muslims for the age of 21 and above only.

Moving forward, the Carlsberg Group has committed to an additional measure to provide an age-restriction logo on primary packaging by 2024 in accordance with our global commitment to the IARD (International Alliance for Responsible Drinking. 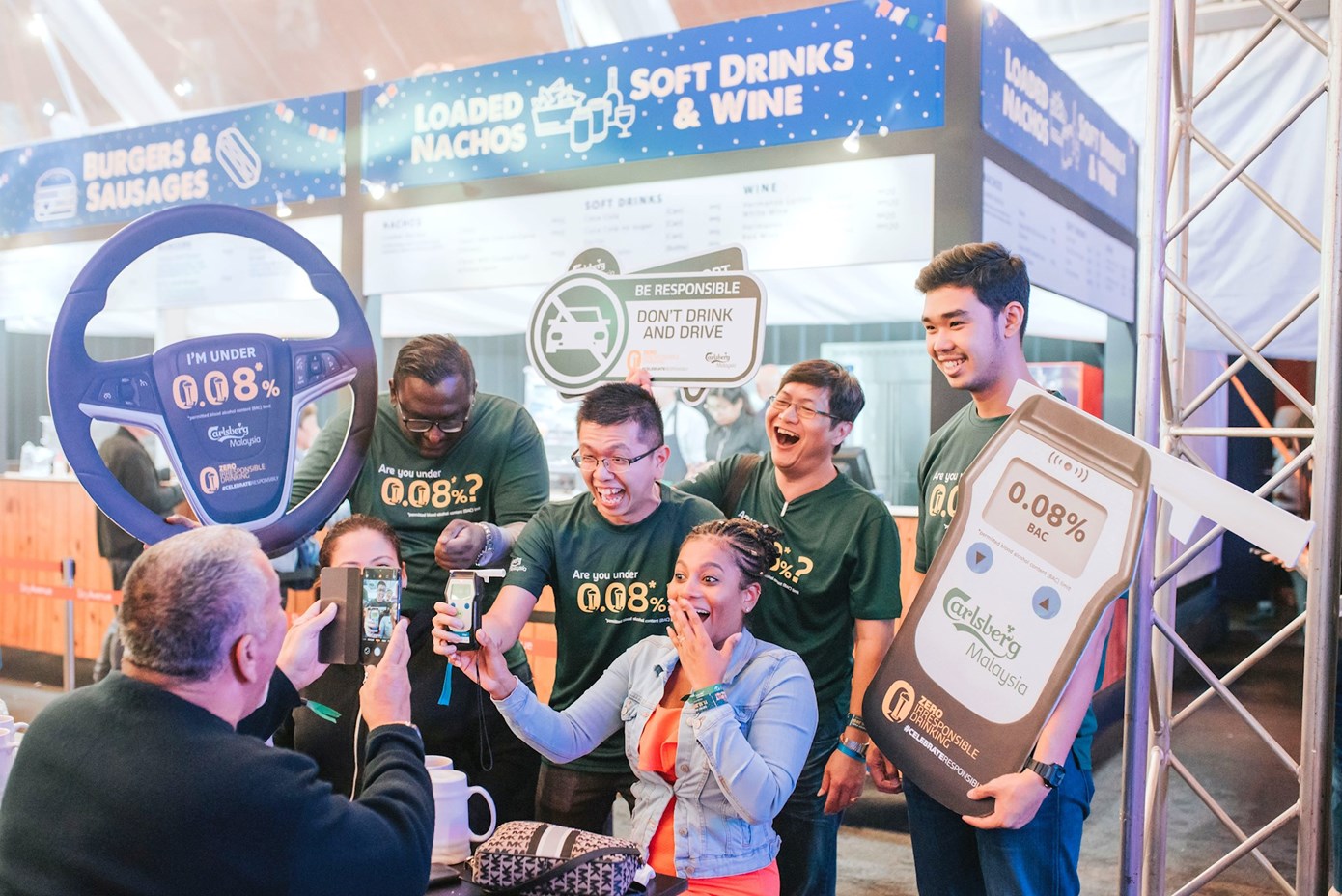